Despite always having loved reading books, I’ve found it quite difficult to find books that I actually love. Having to sift through a million different books at a library can be quite tiresome, especially when you don’t find any book in it that you love. Throughout the years though, I’ve been introduced to a variety of books that I grew incredibly infatuated with and taught me a lot about a perspective away from my own. A lot of our lives during high school are spent exploring gender, sexuality, life passions, and a variety of other things. This curated list includes books that are not only engrossing, but introduce people to ideas or topics that may not be introduced in every other book.

Arguably, one of the best reads on this list is the Poet X. As a person who is planning to chase after a creative writing career, Elizabeth’s fresh writing style of concise yet gut-punching poetry had my love for books refreshed! While many people may think of Rupi Kaur when thinking about modern poetry, Acevedo takes an approach worthy of much more praise than she currently gets. Plus, I love Acevedo’s writing more than Rupi Kaur- no offense! Acevedo writes a coming-of-age story about a black Dominican girl in Harlem who explores her place in life as a girl who explores her sexuality with a boy for the first time and her place in life as an Afro-Latinx girl. The character, Xiomara, navigates her life through poetry but struggles with an unsupportive, abusive mother. As a Latinx kid, Xiomara’s story was quite striking, beautiful, agonizing, and poignant.

Clap When You Land - Elizabeth Acevedo

Similar to the Poet X, Clap When You Land is written through short poems. However, Acevedo tells this novel through two perspectives, one of a Dominican girl living in NYC and the other of a Dominican girl living in the Dominican Republic. Both characters grapple with the depressing, anxiety-inducing news of a plane from NYC to DR crashing and have to scramble to find answers about their possibly dead fathers. The story is based on an actual event that struck the Dominican community hard, particularly in NYC. This novel goes over the two possible perspectives and dives deep into the relationships that both daughters have with their parents. Another central issue within the story soon also becomes money and further rips people apart with the harsh reality of the crash. Additionally, this book is good for casual queer representation. If you want to read a book with a queer love story between one of the main characters and a side character, this book is good with tackling all of its contents in an efficient and engrossing manner.

Juliet Takes A Breath centers around the story of Juliet, a 19 year-old, black-Boricua lesbian from the Bronx (NYC) who scores an internship in Oregon with one of her favorite writers, Harlowe. Excited about working under the apprenticeship of another queer woman who produces work about self-love under the lens of misogyny and what it means to be queer and a woman, she is expecting to write a wonderful, inspiring college thesis about the joys of working with Harlowe. However, as she continues working with Harlowe, she learns that she herself is ignorant about certain things within the queer community, while also realizing that, although Harlowe might be a queer woman she loves, that she has flaws of her own. Harlowe’s romantic partner ends up helping Juliet find a lot of supportive spaces in Oregon that welcome her as a Black lesbian and assists her in delving into the world of intersectionality and polyamory (which I’ve found quite rare for a book to go over!). Simultaneously, Juliet begins having tensions with a relationship with a girl she loves back home and wonders if everything will work out in the end. The book provides insight into white saviorism, racism, and other complexities of people’s identities through the vessel of a well-written novel.

If You Could Be Mine - Sara Farizan

Within Iran, queerness is condemned, forcing people to hide some of the most integral parts of themselves. If You Could Be Mine is told through the perspective of Sahar, an intellectual girl who has been secretly in love with her closest friend, Nasrin, since childhood. Both girls face different lives, as Sahar is a low-income student studying engineering at the best university in Iran, while Nasrin is a wealthy girl who’s forced into a straight arranged marriage. Both girls are implied to be lesbians and struggle to carry a stable relationship with this obstacle, as well as many more. Sahar wonders about how far she’ll go for Nasrin and ponders about a surgery known as gender-reassignment surgery in order to be with Nasrin much more safely, but they have so little time. Not only does Farizan provide the reader with a pain-staking lesbian love story, but she also educates the reader on Iran’s oppressive Mullah regime and immerses the reader into Iranian culture.

This Bridge Called My Back - Writings by Radical Women of Color (Editors: Cherrie Moraga & Gloria Anzaldua)

The collection, titled This Bridge Called My Back, contains a variety of notable and superb writers who advocate for feminism that includes women of color and write about their unique experiences. Each chapter is by a different writer, all of which write in distinct styles and tones, some chapters using prose while others are poetry. This may not be a linear story as much of the rest of the books on this list, or a book about one single story, but its beauty is in the variety of important stories and voices that are shown to the reader. Online, this book can be pretty expensive to buy so if you have a library nearby, I recommend checking it out to read instead of paying full price.

The Men We Reaped: A Memoir - Jesmyn Ward

By far, the heaviest book of the list (content-wise) is The Men We Reaped, a memoir about the grief surrounding 5 black men that Jesmyn had lost. The book digs deep into their lives while simultaneously explaining her own. The story takes place in a couple settings, including her homes in California, Mississippi, and New Orleans. She goes into detail about her own life as a low-income black girl at a white private school who faces racism and soon goes on to study at Stanford, but her grief follows her. Ward struggles to find an answer to it all, only to realize that the men she grieves died due to systemic racism that held them back. It’s not a light read, as there are several mentions of violence, drugs, overdose, racism, and other sensitive topics, but Ward’s writing is incredibly compelling and definitely worth the time.

If you end up liking these books, I also recommend writers such as Angie Thomas, Sandra Cisneros, Casey McQuiston, Audre Lorde, and James Baldwin- if you haven’t checked them out already, of course! I tried putting books and authors that were a tiny bit less known on this list (at least to me!). Additionally, I haven’t read some of them in a while, so if anything strikes you wrongly, I encourage all readers to spread the message and let fellow readers/writers know (if possible)! I hope you all have a good read! 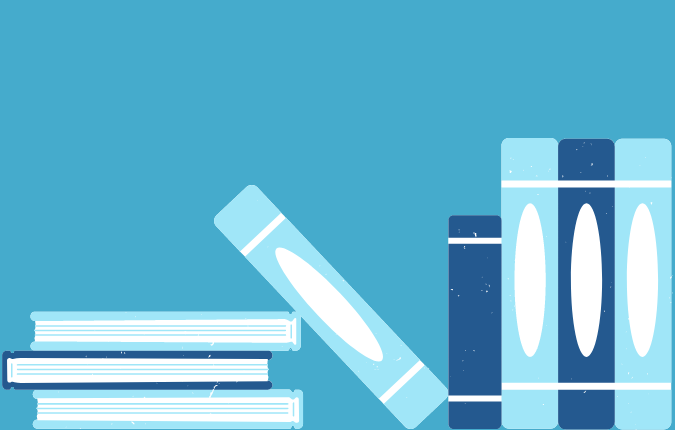 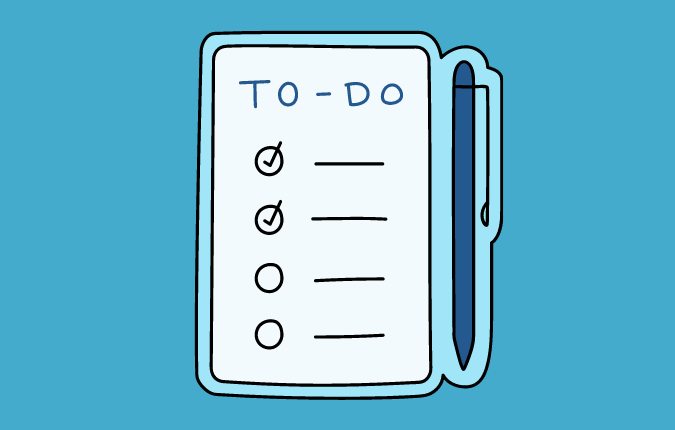 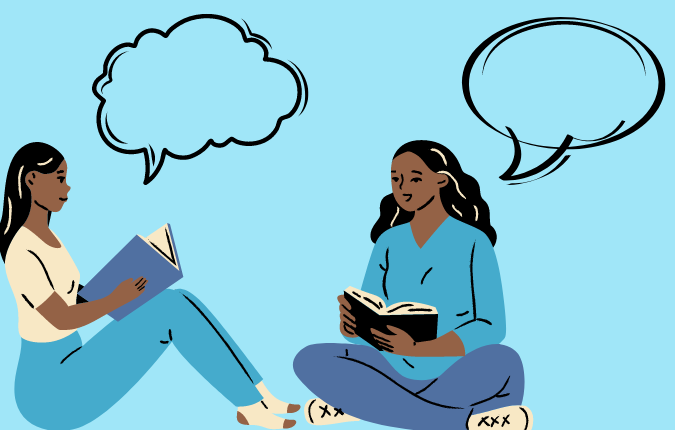 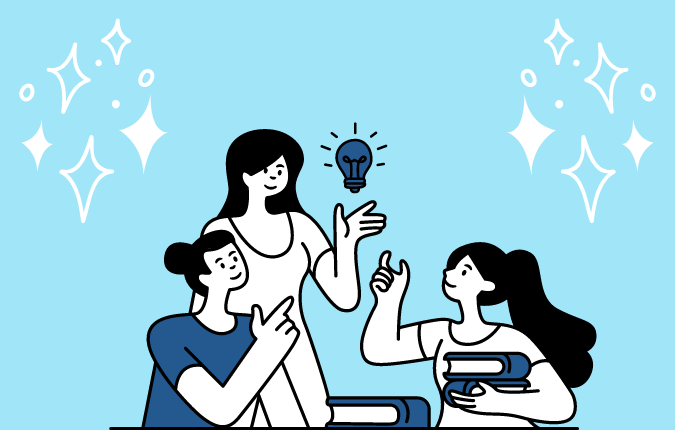 Things No One Knows About College Apps 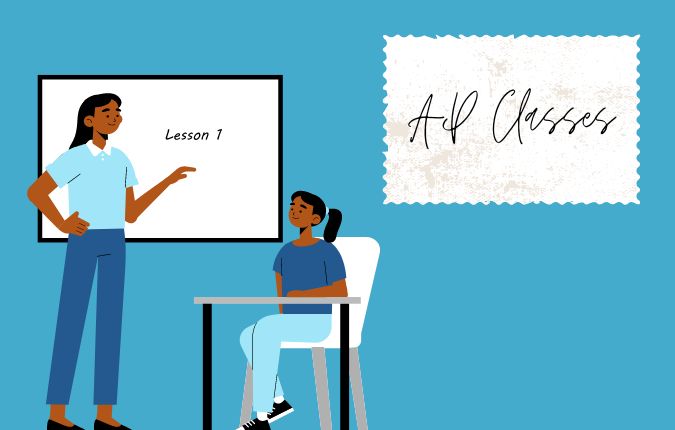 Which AP Classes to Take 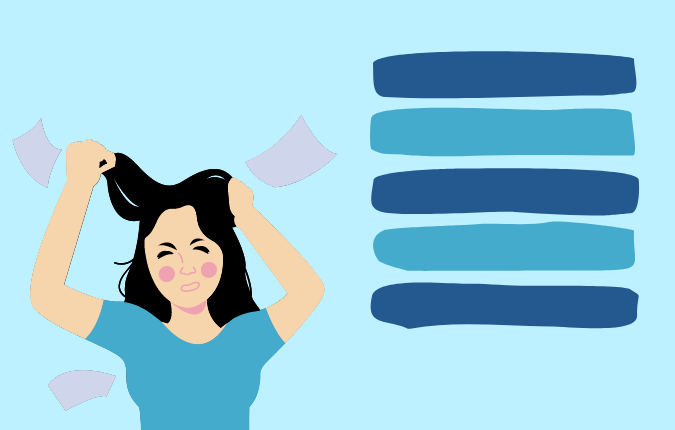 The Faux Pursuit of Happiness 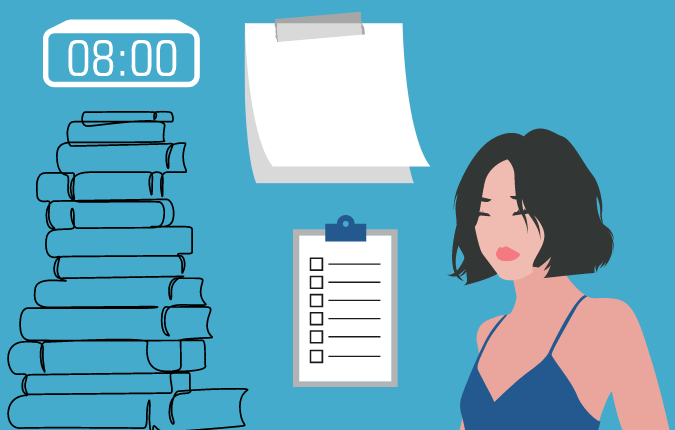 A Guide to Taking Multiple APs 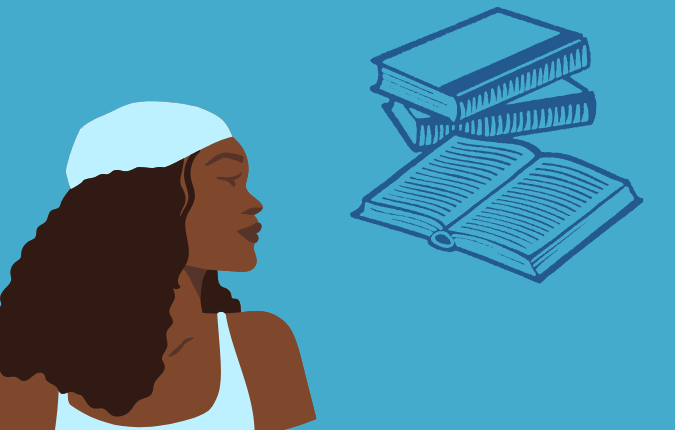 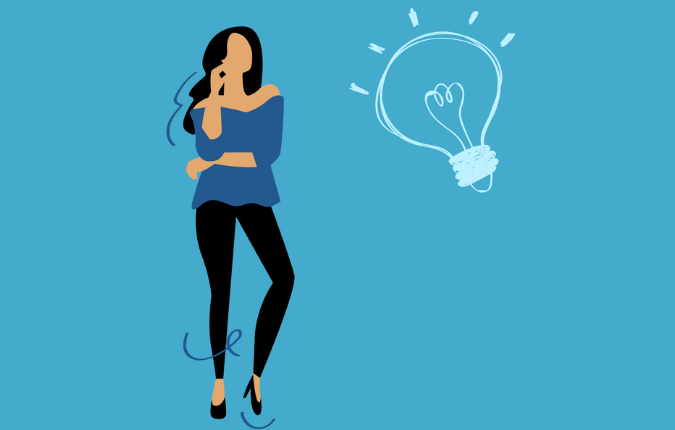 "Why are we learning this?": Useful Skills School Teaches Us 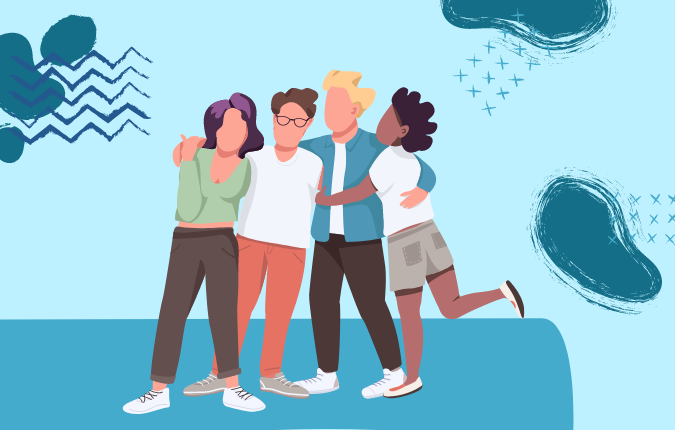 The "Ins and Outs" of Dual Enrollment 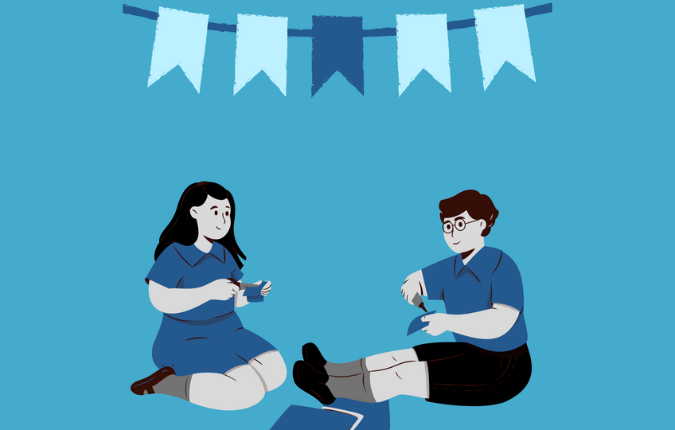 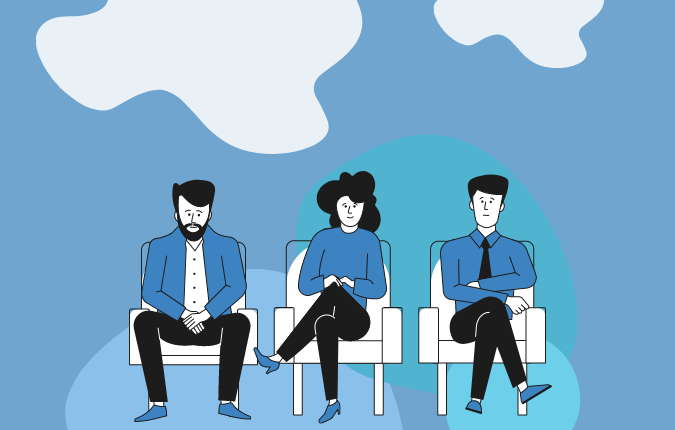 Flowtime Technique: An Alternative to the Pomodoro Method 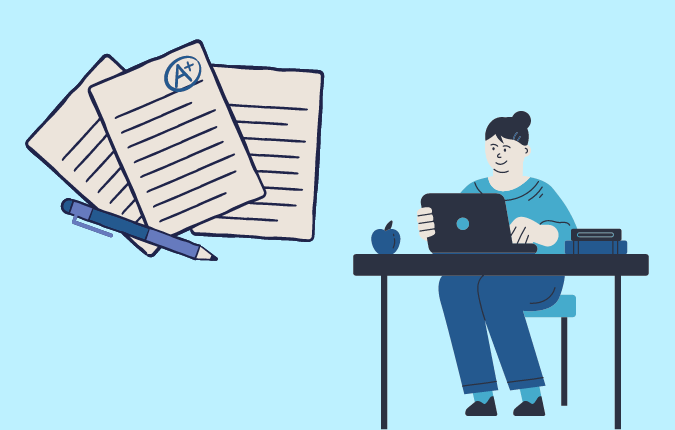 Facing Failure From an Avid Perfectionist 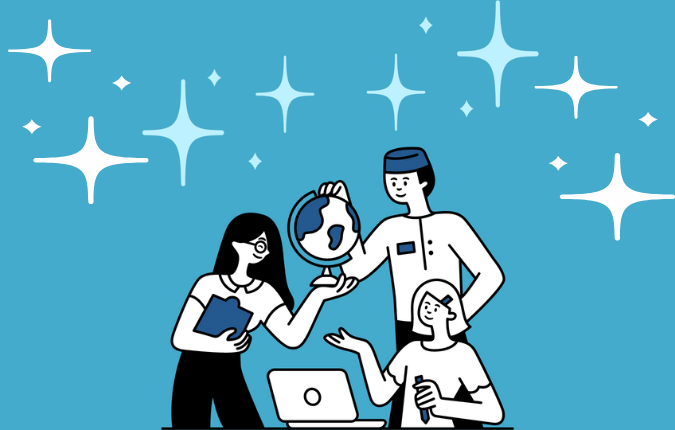 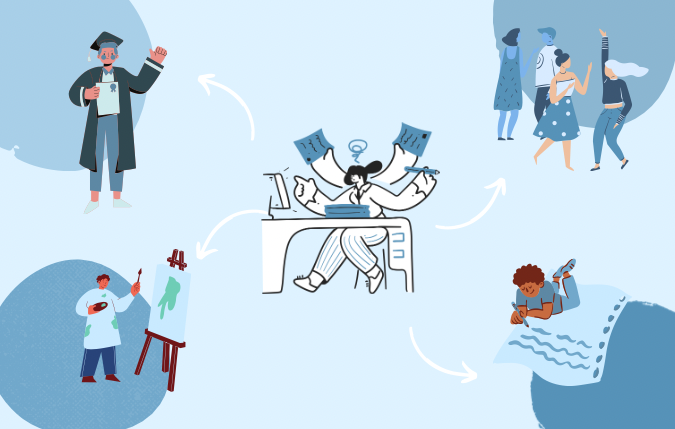 How to Get More Done 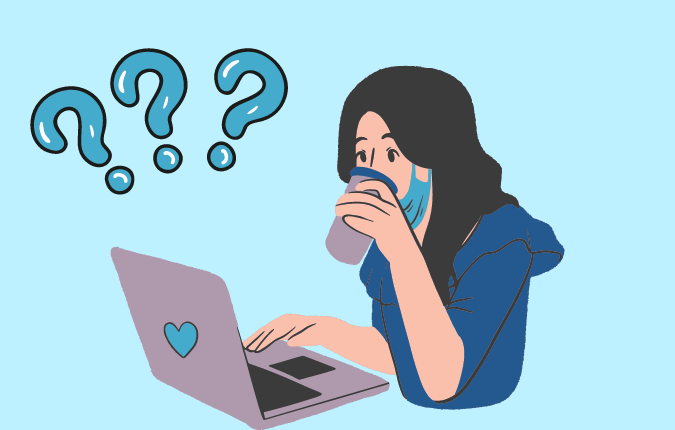 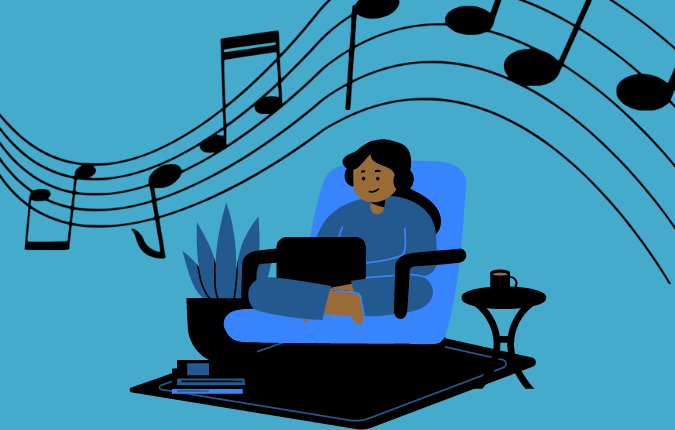 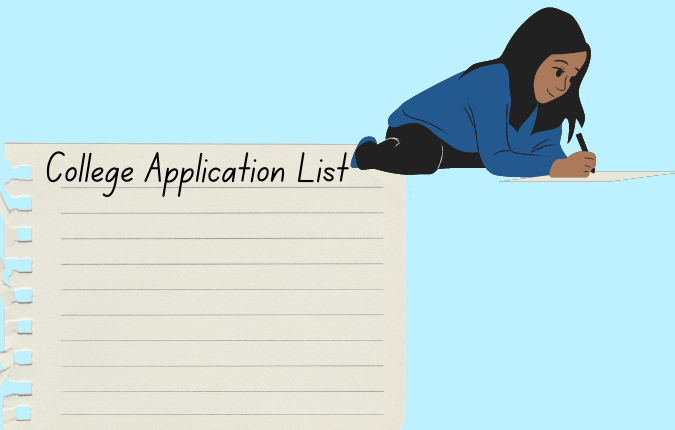 A Guide to Organizing College Applications 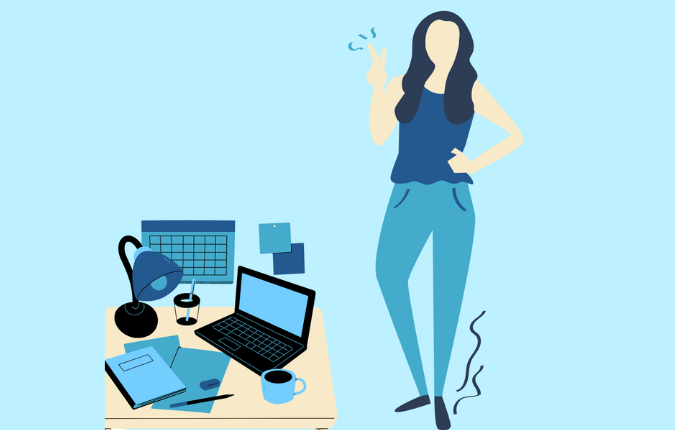 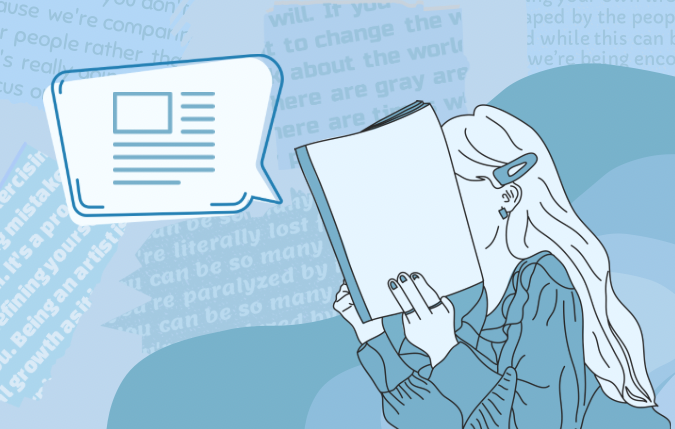 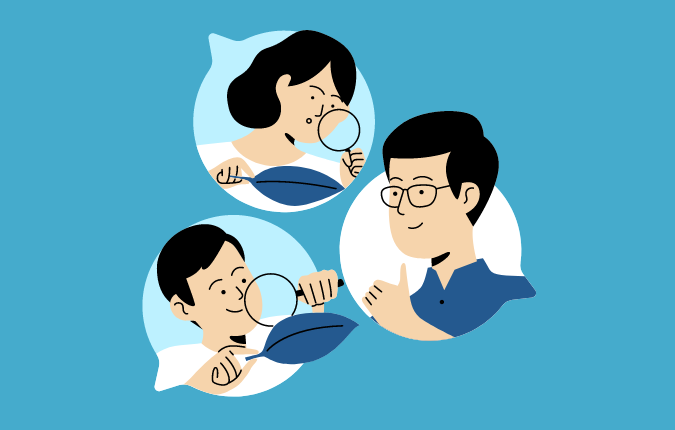 GET THE LATEST FROM SIMPLE STUDIES + FRANK ADVICE

Get updates on resources, scholarships, & more 👇

Thank you! Your submission has been received!
Oops! Something went wrong while submitting the form.